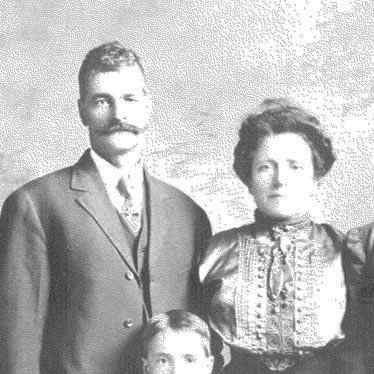 In the 1880s, at the ages of 19 and 16, Giuseppe Martinelli and Luisa Vellutini eloped from their small village in the Tuscany region of Italy, making their way to California looking for land to farm and start a winery. Giuseppe had been a winemaker/chemist in Italy and with his viticulture knowledge he was hired to plant a vineyard for a farmer in Forestville. Within two years he earned enough money to purchase land of his own. Working side by side on a 60+ degree slope, Giuseppe and Luisa planted a small area of Zinfandel and Muscat Alexandria vines, which later became known as our Jackass Hill vineyard.

In 1918 Giuseppe died, leaving Luisa with four children, the winery and the vineyards. Their youngest son, Leno took on the sole responsibility of farming the Jackass Zinfandel vineyard from age 12 until he was 87 years old. Luisa lived another 21 years after Giuseppe died. She was very close to Leno and lived with him, his wife, Alma Bondi, and their two children Joyce and Lee, until she died.